Meet the healthtech startup bringing medical imaging into the future

Meet the healthtech startup bringing medical imaging into the future

Harsh Nayyar always knew he wanted to create something that could change the world.

Little did the former Google engineer know that a sprained ankle would one day inspire him, and his brother-slash-co-founder Rishi Nayyar, to build a digital health platform that would revolutionize how medical imaging records are shared in Ontario.

The entrepreneur’s journey all started back in 2013 when he injured himself while working in Silicon Valley. After seeing his doctor, he was forced to hobble back and forth between the centre — where his x-ray scans were taken — and his physician’s office. The outdated process was the only way he could share the CD given to him that contained images his doctor needed It was a frustrating experience.

“I knew there had to be a better way,” he explained. “For someone like me, it’s not that big of an issue but if you think about chronically ill people who need to go back-and-forth to get their images, it’s a lot because some specialists won’t even see [patients] without their images.” 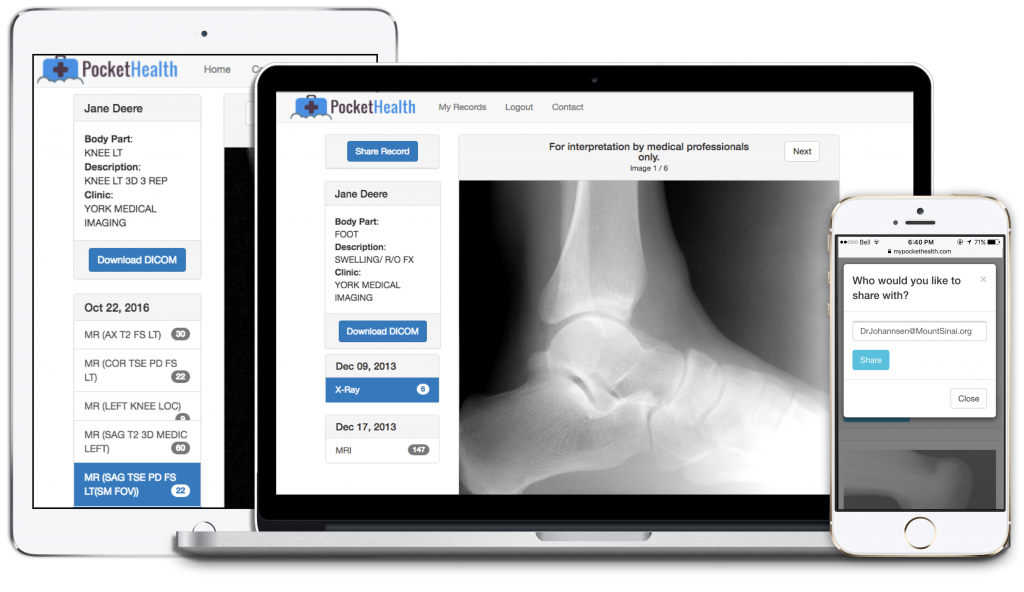 The duo’s platform, launched in 2016, acts like a high-tech DropBox. It can seamlessly connect to any medical imaging centre’s system and automatically upload patient’s records. The data is then stored online for easy-access anytime, anywhere. The platform links two medical systems — the institutions that perform scans and the doctors that use them — in a way that wasn’t possible before.

The technological breakthrough has changed things not only for patients but for the professionals who use them. Patients no longer have to travel between different offices for their records and can easily share them with other specialists. Meanwhile, medical professionals can access their patient’s images directly from their clinic’s electronic medical record systems.  It’s a  massive improvement over booting up a CD for every patient.

“Historically in healthcare, it’s been very difficult for disparate systems to speak to one another,” Rishi explains.

“That’s how solutions like CDs became the common language between, for example, a hospital imaging department and a patient’s orthopaedic surgeon. Knowing that we focused on building that same interoperability into PocketHealth. The end result is a flexible platform that can pull data from an imaging centre and send it to any authenticated patient, who can then share with any caregiver they wish,” he adds.

PocketHealth couldn’t come at a better time. Healthcare costs in Canada are on the rise. Technology that eliminates medical delays could free up public funds or even save lives by helping doctors diagnose patients faster.

Since starting, PocketHealth has signed thousands of patients, integrated with nearly 100 imaging centers and partnered with institutions, like St. Michael’s Hospital.

“We were in a position before where we wanted to build something and make an impact,” says Harsh. “We started [PocketHealth] by just looking at how the medical imaging space works in Canada and went from there.”

In a little under a year and a half, the startup has grown tremendously. From a pilot project in a single clinic to seeing thousands of medical images added to their platform every day. Both brothers credit their hard work and experience from previous jobs for the company’s rapid success.

Rishi, who worked for Citigroup’s corporate and investment banking division, learned how to turn their idea into a sustainable company. Harsh’s former position at video and imaging software firm Agawi, before it was acquired by Google, gave him the technical skills to create the platform.

The Nayyar brothers are keen to see where the business goes next but most excited about how they’re helping patients. “We see PocketHealth today as the first step towards a reality where patients are empowered to access their entire health record and become truly informed advocates for their own care,” adds Rishi.

.@PocketHealth is putting health advocacy back into the hands of patients