How this startup aims to transform transgender care

How this startup aims to transform transgender care

The month of June is almost over, which means Pride Month is officially winding down.

For years, civil rights groups focused their efforts on guaranteeing that LGBTQ Canadians could marry, live and work without fear of discrimination. While there’s still more that needs to be done, 2017 saw a slew of long-awaited, and well overdue, civil laws enacted.

Earlier this month the federal government passed legislation that would protect transgender Canadians from gender-based discrimination. The law also expanded the country’s hate speech laws to make targeting someone based on their gender expression illegal.

Meanwhile the Canadian government is pushing forward with legislation that would pardon or expunge criminal convictions for thousands who were arrested — before same-sex relations became legal in 1969 — under the country’s gross indecency laws.

Maggie Bergeron and her co-founder Ellie Afif are using their Toronto-based startup called Embodia to help transgender Canadians in a new way. Their company which produces educational courses recently launched a new series aimed at helping pre- and post-surgery transgender Canadians. It’s the first of its kind in the country and a big step forward for transgender men and women across the country looking for online guidance. 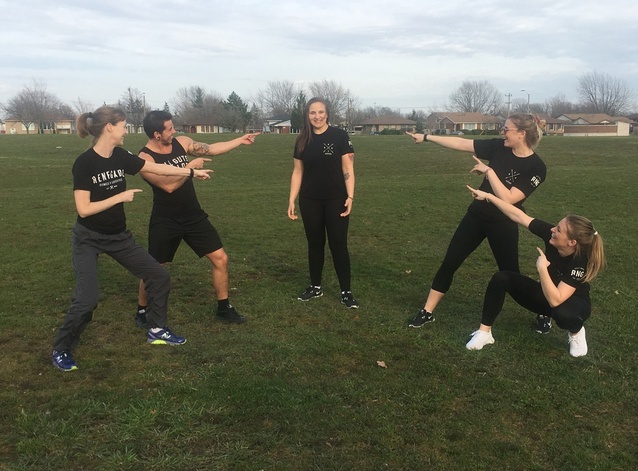 The duo were inspired to launch the series after realizing there were few places that provided similar offerings, especially outside of major Canadian cities. The team behind the course worked with researchers, nurses, doctors and the transgender community to make sure the content was accurate and helpful.

“The course is meant to support the community who identify as transgendered or gender diverse and want to be aware of the best protocols and health available,” says Bergeron. “The video course is meant to help transgender people through the transition period through exercise and mindfulness training”.

Noah Hicks couldn’t agree more. The Niagara resident says his trans journey was largely aided by his laser-like focus on fitness and health and wishes something like this existed before he transitioned three years ago.

“Fitness was a big part of helping my mental well-being while dealing with gender dysphoria – it was such a positive outlet that helped me not only mentally, but physically, and I still continue to work out and enjoy it as a part of my regular routine.”

For Bergeron a gap in the market, like this one, is an opportunity for Embodia to make a difference. “Some healthcare providers wouldn’t have specific knowledge about how to empower people going through transition and give them a supportive community. Through Embodia there’s a forum for transgender Canadians and people taking the course, who then can choose to post anonymously and find specific exercises and track progress”.

Of course this is just the beginning for what the company plans to offer minority and LGBTQ Canadians in the future, she says. “It’s the beginning for us and the timing is good for creating this consumer facing course because we just launched another course on the cultural implications about minority groups, LGBTQ, religious groups, Judaism, Hinduism and Muslim and what you need to think about.”