DMZ founders have recovered over $1 million in tax savings through think.SRED

think.SRED, a DMZ partner and Professional-in-Residence, has helped founders recover more than $1 million in tax savings through the SR&ED program

Earlier this year, our Professional-in-Residence (PIR) partner,
think.SRED hit an incredible milestone in their work with DMZ founders. Since the inception of the DMZ’s PiR program in early 2020, think.SRED has helped recover more than $1 million for DMZ founders in tax savings for founders through submissions to the SR&ED program!

think.SRED is dedicated to supporting startups along their journey to understand the process, application, and receipt of their maximum eligible Scientific Research & Experimental Development (SR&ED) credits. The company has confidently directed hundreds of Canadian technology companies while submitting more than $200 million in applications to the SR&ED Incentive Program.

In think.SRED’s experience, founders they’ve worked with have been previously told by other SR&ED advisors that they were too early-stage to apply for rebates, or that the work they were doing was ineligible.

Oftentimes, it’s not the case at all. think.SRED is in fact a company made up of passionate founders. The founders came together and found common ground in the general belief that there was a far better way for advisors in this space to approach their work and clients.

And they were right – the applications that think.SRED has helped DMZ founders with have had a 100% success rate in securing tax credits for founders! 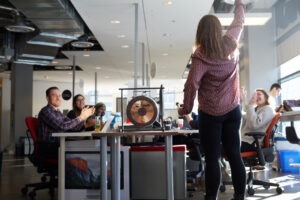 What are SR&ED credits?

The Scientific Research & Experimental Development credit program is a federal and provincial tax incentive program that uses tax incentives to encourage Canadian businesses of all sizes and in all sectors to conduct research and development (R&D) in Canada by refunding a substantial portion of development costs.

The SR&ED Program provides more than $3 billion in tax incentives and cash refunds to over 20,000 claimants annually, making it the single largest federal program that supports business R&D in Canada. The program is administered by the Canada Revenue Agency (CRA).

These tax incentives come in three forms: an income tax deduction, an investment tax credit (ITC), and, in certain circumstances, a refund.

Why you should consider applying for SR&ED credits

With the help of the government backing your innovation, you can get your startup off the ground, finance future projects, and strengthen your competitive advantage.

Even if your tech startup fails, it is still worth claiming SR&ED credits because you are given the chance to test your ideas in a way that may not otherwise have been possible from a lack of capital.

By considering research and innovation projects, you can commercialize your tech internationally and create a competitive proposition value.

think.SRED makes the process easy for you

“think.SRED was an awesome team to work with. They helped us overcome multiple obstacles to complete our first-ever SR&ED return,” says Tyler Bryden, Co-Founder of Speak AI (DMZ alum). “They made it easy, and actually even enjoyable. We are very appreciative of their support and can’t wait to work with them again!”

think.SRED offers the companies they work with a full end-to-end solution: they educate to ensure your team understands the complicated process in simple terms to ensure the process gets easier each year. 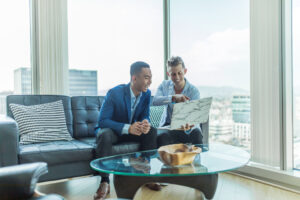 They advise on the small details that will make a difference in the SR&ED process. think.SRED knows what CRA is looking for and how to ensure program compliance is achieved through hands-on support. As a founder, when you get selected to have your application reviewed, think.SRED is also by your side through the reviewal meetings with the CRA.

“While we may first appear to be a group of friendly consultants that founders come to know and trust, we have a lot more in common with founders than they originally think,” explains John-Paul (JP) Belanger, President of think.SRED. “Like every DMZ founder who once had an idea that they felt was meaningful enough to not only pursue but go all-in on, the founders at think.SRED have that exact same experience.”

That’s why the think.SRED team’s relationships with early-stage founders mean that much more – they’ve truly been in your shoes and share the same passion to do something great for the world.

Who is eligible for the program?

Any company legally operating in Canada is entitled to receive the benefits of this incentive program.

Companies with CCPC status (Canadian Controlled Private Corporation) and are considered a small business for tax purposes are also entitled to the highest possible benefit the program offers.

A common misconception is that SR&ED credits are only accessible for large companies. In reality, the credits are available for companies of any size, as well as solopreneurs or sole proprietorships. This allows startups from any stage of their lifecycle, from pre-revenue to commercialization, to tap into this resource.

It doesn’t matter how you’re generating revenue either. If your company is pulling money from investors or customers, it does not affect the success of your claim. Instead, SR&ED is tied to the expenses – as long as you’re spending, you can claim.

You can view more information about the program’s eligibility here. 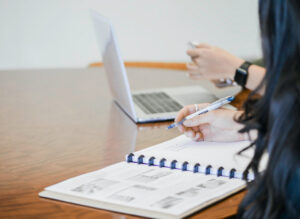 When should I claim my credits?

Companies must file their SR&ED report with their corporate tax return forms. This means SR&ED reports are due no later than 12 months after your fiscal year-end, or 18 months after the end of the tax year that you incurred your R&D expenditures.

think.SRED is available to DMZ companies to help jump-start this process.

“We are very proud to share our results helping DMZ founders, not only because we know that our unique approach contributed to this level of success, but because of how much we admire the founders within the DMZ that have chosen to trust us with this essential part of their business journey,” explains JP.

JP promises that think.SRED does far more than “SR&ED advisory”, but that every founder they work with receives unrivalled customer service, comprehensive expertise, and real-world software development experience.

“We’re thrilled to have the opportunity to continually support the DMZ and the amazing up-and-coming startups that we’ve come to know.  If you think your company might benefit from an SR&ED submission, or you just need a bit more information, be sure to reach out to think.SRED,” adds JP.

If you are a founder interested in learning more about SR&ED credits, check out think.SRED or our programs to learn how you can access PiR services through the DMZ.

Money 7 articles in this collection See all 7 articles
Money Startups, here’s how you can prepare to combat an economic downturn A blueprint to super-proof your startup and protect against economic instability. With record-high inflation, wars overseas and rising interest rates...